Senior leaders and academics from various religious backgrounds have united to tackle anti-LGBT+ discrimination as part of the new Ozanne Foundation inter-religious advisory board.

The Ozanne Foundation works with religious organisations around the world towards celebrating diversity and eliminating discrimination based upon a person’s sexuality and/or gender. In order to further help create a safe space for queer people within faith, the group launched an inter-religious advisory board.

Bishop of Liverpool and Chair of Ozanne Foundation, Reverend Paul Bayes, shared, “We are thrilled that such a distinguished group of leaders has accepted our invitation to work together, advising us on the best way to tackle prejudice and discrimination in religious organisations on the grounds of sexuality or gender.” 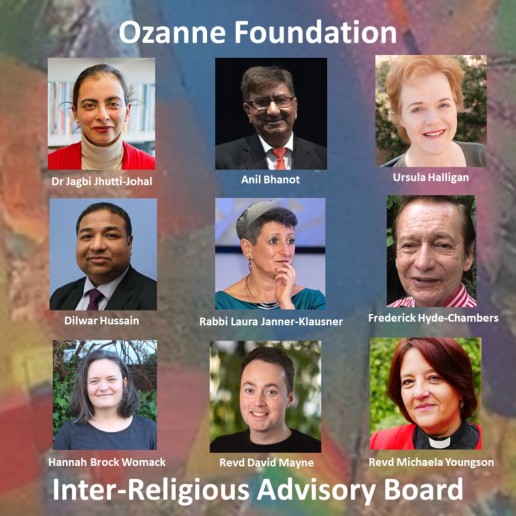 Reverend Bayes further expressed, “We have so much that we can learn from each other, and I am hugely grateful for the commitment each member has shown in starting to change the dialogue around faith, sexuality and gender identity, so as to ensure ‘Just Love for All’.”

The inter-religious advisory board consists of nine members from across the major UK and Irish religions. They act as representatives for Judaism, Islam, Sikhism, Hinduism, Buddhism, Christianity, and Christian denominations of Catholics, Quakers, Baptists and Methodists.

Following their launch, the advisory board will set their focus towards advocating for a ban on conversion therapy and bolstering support for the trans community within religions. On Twitter, the Ozanne Foundation wrote, “To mark the end of Pride, we’re thrilled to announce the launch of our Inter-Religious Advisory Board to tackle #LGBTI+ discrimination.  All nine are well respected within their own religious groups and each is personally committed to the full inclusion of all.”

To mark the end of Pride we're thrilled to announce the launch of our Inter-Religious Advisory Board to tackle #LGBTI+ discrimination.

All 9 are well respected within their own religious groups & each is personally committed to the full inclusion of allhttps://t.co/guBjf9HQR4

Former political editor of TV3 in Ireland, Ursula Halligan has been announced as a board member. In 2018, she led a rallying call for LGBT+ Catholics to share their stories of persecution at the hands of the Church.

Live from the Equal Futures 2018 press conference where LGBT+ Catholics share their stories while the World Meeting of Families taking place this week and ahead of the Synod on Young People in Rome this October.

At the Equal Futures 2018 press conference, Halligan expressed, “For almost 40 years, I kept a secret bottled up inside of me. For all those years I had repressed an essential part of my humanity: my instinct to love. I was truly astonished by the impact telling my story had, I couldn’t believe that by simply telling the truth, that I had been able to touch and help so many people.”

GCN has been a vital, free-of-charge information service for Ireland’s LGBT+ community since 1988.