Acclaimed publishing company Merriam-Webster which is especially known for its dictionaries, has added the term ‘gender-nonconforming’ to its lexicon. The definition reads:

“Exhibiting behavioral, cultural, or psychological traits that do not correspond with the traits typically associated with one’s sex: having a gender expression that does not conform to gender norms”, e.g. “a bill before the Legislature would amend the law to protect transgender and gender nonconforming people from discrimination in public spaces, such as hospitals, coffee shops, and retail stores.”

The dictionary also added two other LGBT+ inclusive words to their ‘science and medicine’ category.

‘Top surgery’ is defined as: “a type of gender confirmation surgery in which a person’s breasts are removed or augmented to match their gender identity”, e.g. “a transgender man who had recently undergone top surgery to feel more comfortable in his own body”.

‘Bottom Surgery’ was also added, its definition reading: “a type of gender confirmation surgery in which a person’s genitalia are altered to match their gender identity”, e.g. “more transgender people in the US are opting for bottom surgery, a report from one of the country’s leading medical schools has revealed”. 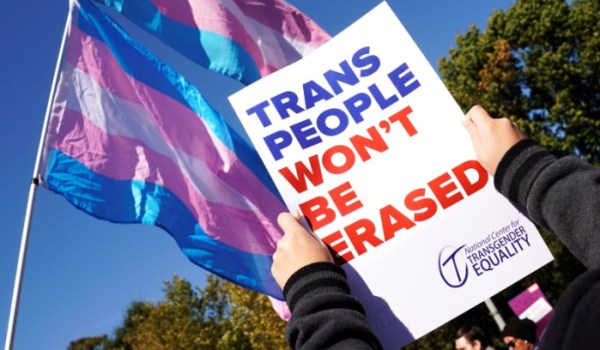 Merriam-Webster which is primarily used for American-English adds new words if editors find evidence of “frequent, meaningful, and widespread use”: “it all begins, in each case, with evidence of words in use. Each word follows its own path at its own pace before its use is widespread enough to be included in a dictionary.”

The addition of LGBT+ inclusive words to a mainstream publication such as Merriam-Webster, though seemingly minute, indicates a step towards the normalisation of non-binary identities on a global scale.

The official recognition of such terms highlights their validity and also promotes visibility which helps to assert the contemporary significance of inclusive language, encouraging cross-community support for the diverse spectrum of gender and sexual identities.

For 30 years GCN has been a vital, free-of-charge information service for Ireland’s LGBT+ community. We want to go on providing this community hub in print and online, helping countless individuals across the country, but the revenue from advertising across the media is falling.