“All citizens shall, as human persons, be held equal before the law.” This is what our Constitution tells us. This is the message 1,201,607 people voted to reinforce the meaning of four years ago on 22nd May 2015. So, why aren’t we equal? In our new, modern Republic of equality and fairness, why is it that gay and bisexual men continue to be arbitrarily banned from donating blood? I say ‘arbitrary’ because it is.

As the situation stands at present, there is nothing scientific behind the ban on our blood donations. If anything, the current set of policies implemented by the Irish Blood Transfusion Service may actually have the potential to place the recipients of blood transfusions at unnecessary risk.

Almost four years ago, I went to the High Court to challenge the lifetime blood donation ban on all men who have sex with men (MSM) in Ireland. A year later it was announced that, after more than three decades, the policy would be changed to a twelve-month ban. At the time, I felt as though that one step forward was positive, that some significant change had been achieved.

But many gay and bisexual men saw the change differently. They thought it didn’t go far enough, that its impact would not be significant and that ultimately, it wasn’t good enough. They were right. We are right. It was a step, but it was never going to be good enough.

When we are told by health authorities that the ban on our blood donations isn’t about sexuality, isn’t about prejudice, that it’s solely about risk factors, that’s not the full story.

The service points to increased levels of HIV within the MSM category compared with their non-MSM counterparts. For one thing, this in itself evades the very fact the numbers of non-MSM receiving positive HIV diagnoses is increasing and is still a sizeable number.

Therefore, we have to ask, why is the risk posed by non-MSM donors donating blood seemingly of no consequence, while the risk of MSM donating blood is cast as so severe that it requires an arbitrary blanket ban on everyone within that category?

As a gay man, living in Dublin, I’m regularly hit by messages about the need to get regular sexual health check-ups. While this is fantastic, there often seems to be a clear lack of equivalent messages targeted at heterosexuals. As a consequence of this targeted messaging, many gay and bisexual men regularly engage with sexual health services, to the extent that the Gay Men’s Health Service at Baggot Street warns on its website “due to high levels of demand…it is advised to attend early – places fill quickly” and “due to sustained high demand for this service, we cannot guarantee entry to the clinic for all those who attend”.

The result sees us as a community hyperaware of our sexual health status. On the other side, there appears to be an attitude amongst many of our heterosexual counterparts of only seeking sexual health testing services when symptoms of infection become obvious to them.

Quite simply, LGBT+ people in Ireland, as a category, tend to be more proactive in seeking regular sexual health services than their cisgender-heterosexual counterparts.

When we turn back to the issue of blood donation, we can see that the community who often appears passive in its attitude to sexual health is generally free to donate blood, relatively unimpeded and often while being blissfully unaware of their HIV status and, in some cases, having never undergone a sexual health screening at all.

Speaking for myself as a gay man, I regularly seek out sexual health testing services as a routine part of taking care of my overall health. When recently raised with the blood service, however, I was told that “it is reasonable for [Irish Blood Transfusion Service] staff to infer from the fact that such testing is sought, that the individual considers themselves being at risk of acquiring infection”.

The attitude underlining this messaging is the same attitude that runs as an undercurrent through our society. This is an attitude that views sexual health as a side-thought, something that only requires consideration when something is wrong, rather than something individuals should take a proactive approach towards.

What other routine health checks would be viewed through such a lens, as being an automatic sign of something potentially being wrong with your health?

I used to donate blood. I occasionally find myself in a position where I still can. When I donate I feel as though I’m engaging in a vital civic duty. I feel like I am an equal citizen of my heterosexual brother. But then I remember that I am not equal in the eyes of the State. 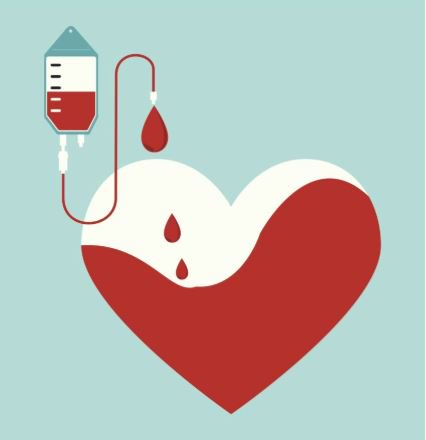 I remember that I am subject to a blanket ban on donating blood in Ireland, a ban never applied to my brother.

I remember that the foundation to that ban rests solely on the fact I have safe sex with men rather than any sex with women.

I remember that two men who are married to each other since we legalised same-sex marriage four years ago and who have regular safe sex with each other are automatically banned from fully participating in their own society.

I remember that a man can have sex with a woman, remain completely unaware of his sexual health status, and still walk into a blood donor clinic the following day and donate blood, relatively unimpeded and that blood will be accepted.

Is it any wonder then that gay and bisexual men might be reluctant to even show up at a donation clinic?

All donors should be asked about their sexual health where it is relevant to their blood donor status, about any high-risk sexual activity and that should be used to assess the donor’s suitability to donate blood on that particular day.

As of today, our blood donation service does not best serve either donors or blood transfusion recipients. We should and can do better. And we can do better right now.

Not equal as long as we can't donate blood