From voguing in New York to Ireland’s marriage equality campaign, drag can be found everywhere and these documentaries provide a wonderful introduction to this magically defiant world.

With the success of shows such as Drag Race and numerous drag artists leading the charge in fighting for LGBTQ+ rights, drag continues to grow as a form of art, protest, business, and beyond. From kings to queens, performers can be found everywhere, strutting down runways or creating sickening digital events, each one bringing a unique and exciting perspective that has the world gagging.

As performers across the world continue to break new ground, these outstanding documentaries provide a great starting point to learn about the exhilarating past, present and future of drag:

Dragging Up The Past

This documentary follows the colourful history of drag in Cork through insightful interviews and stunning archival footage. Speaking about Dragging Up The Past, Project Coordinator Konrad Im said, “LGBT+ history has been something that was hidden in the shadows or completely erased in the past, so it’s important for projects like this and the fantastic Cork LGBT Archive to be supported. We’re excited to finally release the documentary to the public and proud to be in a position to record the history of drag in Cork for future generations.”

This triumphant and celebratory documentary explores the astonishing tale of Dr. Panti Bliss-Cabrera in the lead up to the historic moment Ireland voted Yes for marriage equality. Queen of Ireland radiates waves of queer joy that illuminates the creation of an “accidental activist.”

RYDER: Queen of Fucking Everything

Following the life of “a dance teacher and choreographer by day and a drag performer by night”, in his own words, the short documentary RYDER: Queen of Fucking Everything focuses on performer Paul Ryder, how he was introduced to drag and how it influenced him in making him who he is today. Director Nishaant Singh Bhinder conveys this story with a poignant energy that illustrates the making of a queen.

Phil T. Gorgeous offers a different experience from the drag documentaries on this list because it’s a radio piece. Speaking with radio producer Heather MacLeod, Dublin king Phil T Gorgeous opens up about his life and career. It can found at this link.

Tens tens tens across the board! Manchester natives Dennis Keighron-Foster and Amy Watson embark on a punchy, political, sexy journey in the documentary Deep In Vogue. It follows Manchester Vogue houses and their mothers as they build-up to the Manchester ICONS Vogue Ball as well as empower people to feel confident in expressing themselves.

Speaking with GCN, Amy shared, “That has always been the ethos of the Manchester Vogue ball – whatever you are, whatever you’ve got to show, whatever you need to work out or explain on a stage about yourself, you’re welcome to” adds Amy.”

Considered by many as an unofficial sequel to Paris Is Burning, Kiki offers a powerful look into how trans and Black youths carved out a safe space for themselves to thrive with the New York ballroom scene. It shines a light upon the resilience and power of a community voguing against a system that devalued their lives.

This documentary has become quintessential in learning about queer history. Paris is Burning portrays a riveting portrait of NY’s ballroom scene, from fierce contests for trophies to house mothers offering solace from a world rampant with homophobia, transphobia, racism, and poverty.

Split: Portrait of a Drag Queen

Split: Portrait of a Drag Queen showcases the captivating life of Chrysis from being a rising star among the New York nightclub scene to her tragic death. Speaking about the story of this legendary performer, her mentee Steven “Perfidia” Kirkham shared, “It was pretty profound. In a time when a lot of people didn’t understand trans or nonbinary stuff, (Chrysis) was someone that encouraged you to follow your dreams and follow your personal identity.”

Divine did not only just push the boundaries of drag but also what people considered art, redefining a generation and sparking a cultural rebellion. The 2013 documentary I Am Divine paints a gorgeous portrait of this trailblazing figure’s life and legacy.

Moving Parts gives an honest insight into the world of drag performer Trixie Mattel at a pivotal time in her career. It also features some of Ireland’s finest drag talent as she visited the George on her European Tour, which makes this a must see for those missing Dublin nightlife at the moment.

The legendary but little-seen 1968 documentary The Queen is a behind the scenes look at a major New York drag competition. It’s a window into a scene, now widespread, which was forced at that time to be underground.

In this Canadian film, four young drag entertainers from around the world perform together for the first time at Fierté Montréal. Among the documentaries on this list, Drag Kids has a truly special and heartwarming message behind it as the parents talk about the importance in supporting their children on this creative journey.

Drag superstar Scarlett Bobo and Absolut Vodka have joined forces for a documentary that goes behind-the-curtain of Toronto’s drag scene. Underneath the Empire illustrates the resilience and determination that went into  creating Absolut Empire’s Ball, Toronto’s most inclusive drag competition, and why it is needed in the community.

Scarlet Bobo spoke further about Underneath the Empire, “This story needed to be told because there are so many, unique, artistic facets of drag that are wonderful in their own way, and I wanted to showcase that and bring light to everyone that breathes life into drag. I’m honoured that we were able to tell so many incredible stories through these beautiful entertainers in the documentary.” 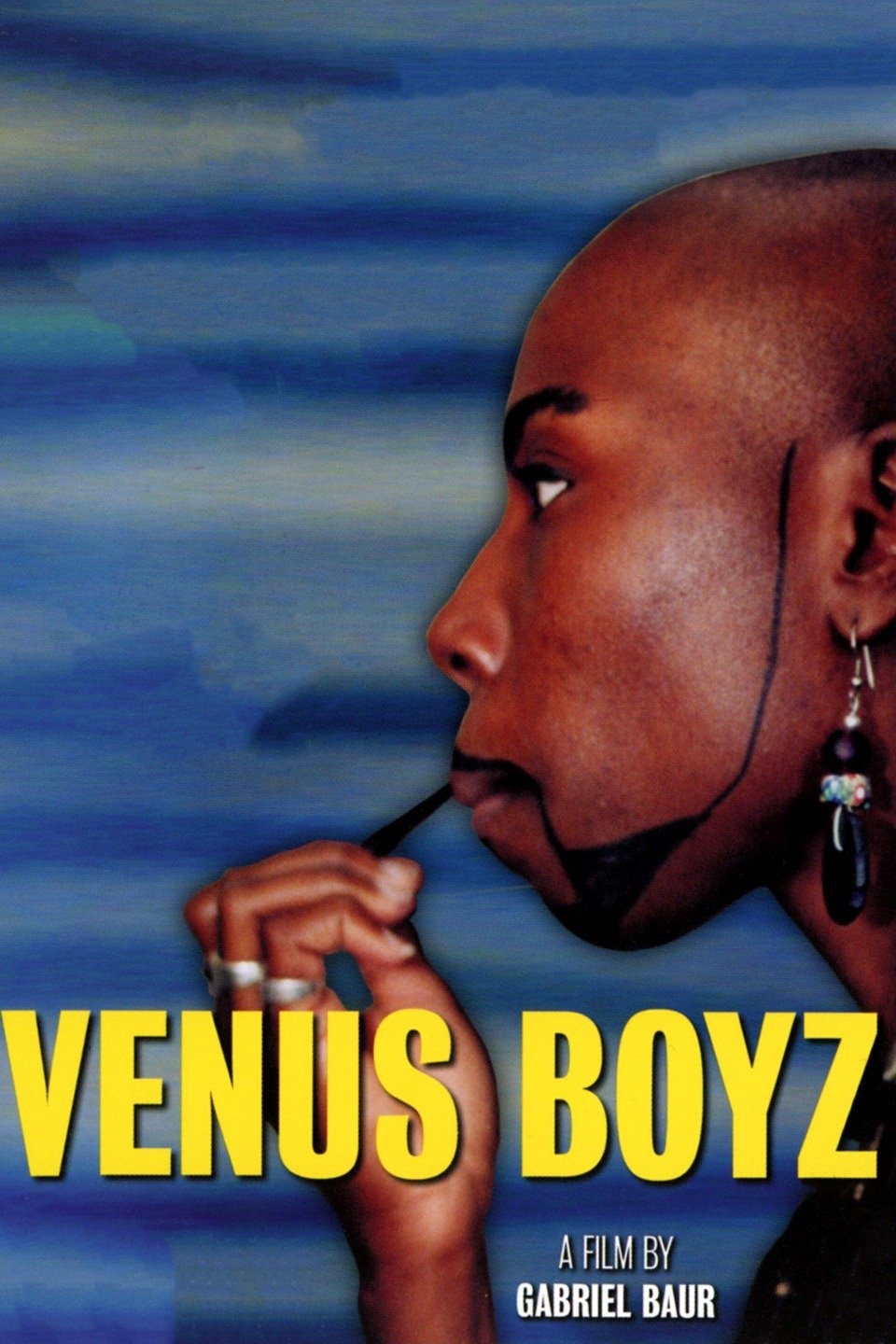 The Making of A King

Dragula season 3 winner Landon Cider proudly declares in this film, “Drag kings are takin’ over the world!” The Making of a King carries on that energy, celebrating the art and magic of drag kings as well as what this means for the performers.

Out and proud Muslim drag queen Asif Quraishi leads the opening of Channel 4’s insightful and moving documentary. From calling out hate speech to finding community, this beautiful film cannot be missed.

As drag artist Asifa Lahore states, “I’m saying f*ck you to all those people who gave me death threats – and I’m looking fabulous while doing it.”

Mala Mala  mainly focuses on the trans community in Puerto Rico, which includes a group of drag performers known as The Doll House. The film follows their trials and glories, especially during a vote on Law 238-20, that would outlaw discrimination based on sexual orientation and gender identity.

The Gospel of Eureka

This documentary dives into the thriving queer community in Eureka Springs, Arkansas, a place known in particular for its annual retelling of Jesus’ resurrection. The Gospel of Eureka brings together faith, love and civil rights to create the unexpected.

The jaw-dropping documentary The Cockettes follows a group of misfit queer performers in 1970’s San Francisco who took over the city with their wild midnight drag shows. Sadly, legendary trans performer and member of the group, Bambi Lake, passed away in November 2020 aged 70.

The Queens offers a behind-the-scenes look at the competitors in the Miss Continental competition. It shines a light on the experiences of trans contestants, who open up about their transitions and the journeys that led them to compete.

Every Drag Race fan seems to agree that season 13 definitely felt like it went on for eternity. Well this documentary offers some answers to those feelings as it gives a behind the scenes look at how the performers grappled with competing around COVID-19 restrictions.

RuPaul’s Drag Race: Corona Can’t Keep A Good Queen Down “captures the raw emotions surrounding the extraordinary experience; from the combination of hope and anxiety of the early days, to creative challenges prepping and executing the show, and an ultimate sense of celebration and gratitude,” according to a statement from Viacom.

For everyone missing the Bing Bang Bong experience of Drag Race UK season 2, this special episode offers a look inside the queens’ lives during a seven-month break in filming due to COVID-19 restrictions. It includes a combination of self-made diaries and interview footage.

Continuing in the Drag Race trend, Vice’s Finding Family in Bangkok’s Rising Drag Scene documentary features Drag Race Thailand’s co-hosts Pangina Heals and Art Araya. This short piece boldly explores what it takes to find family in the drag scene and how this builds a sense of community.

23 captivating documentaries about the world of drag